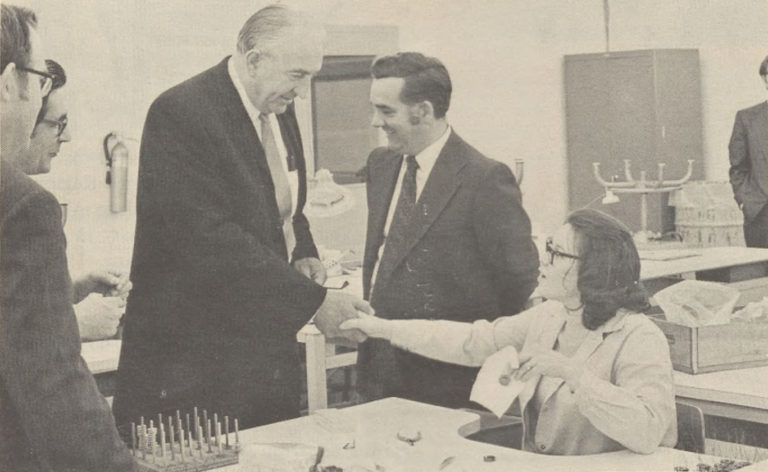 Hewlett-Packard’s medical instruments operation was initially headquartered in Massachusetts, but that didn’t stop it from enjoying the same traditions that began at HP’s West Coast operations. Dave Packard practiced some “Management While Walking Around” during a visit to the division in 1972. Employees gave Dave a tutorial on various medical instruments including a transducer test station, a numerically controlled punch press, and computer systems. 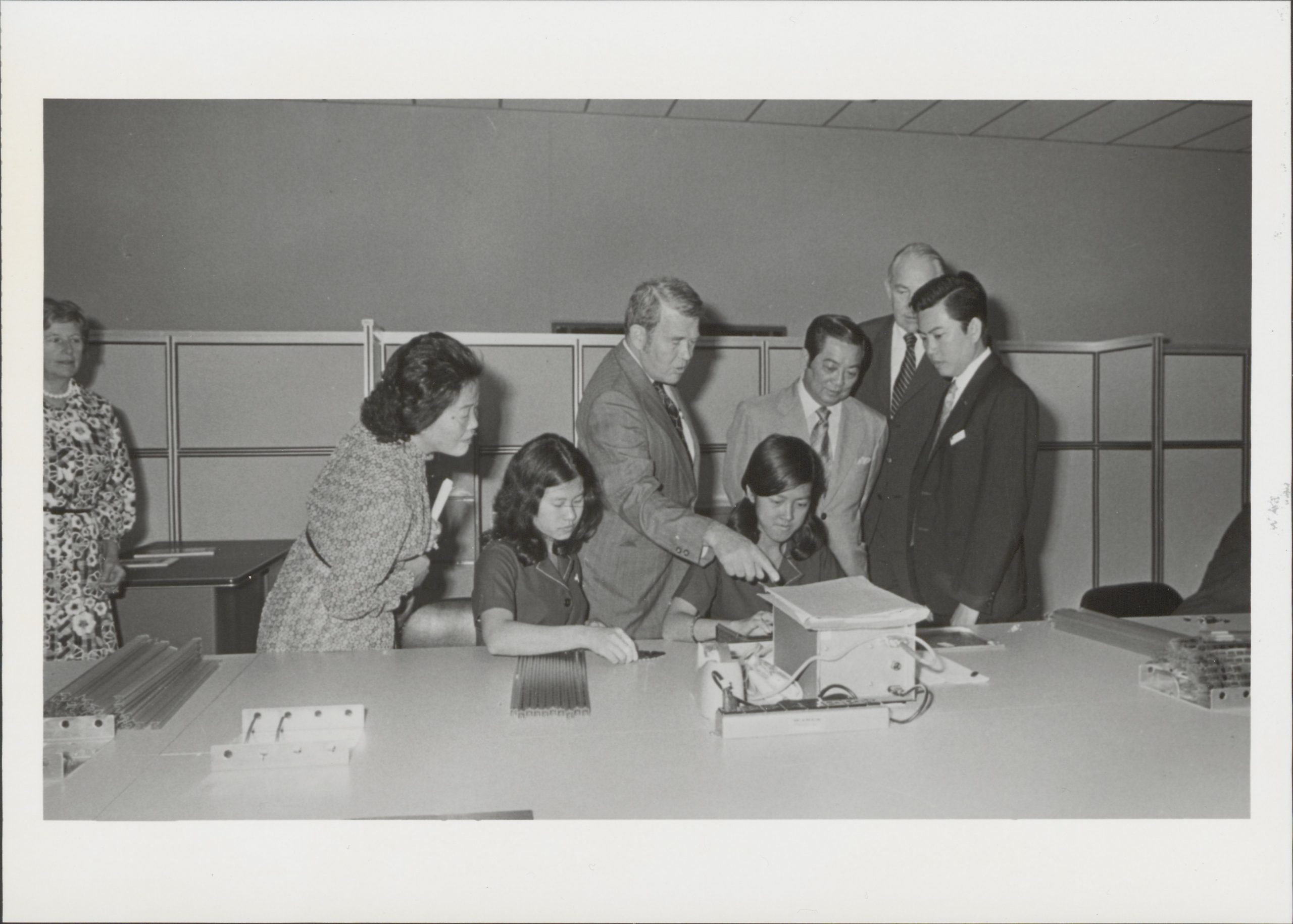 Management by Walking Around Continues 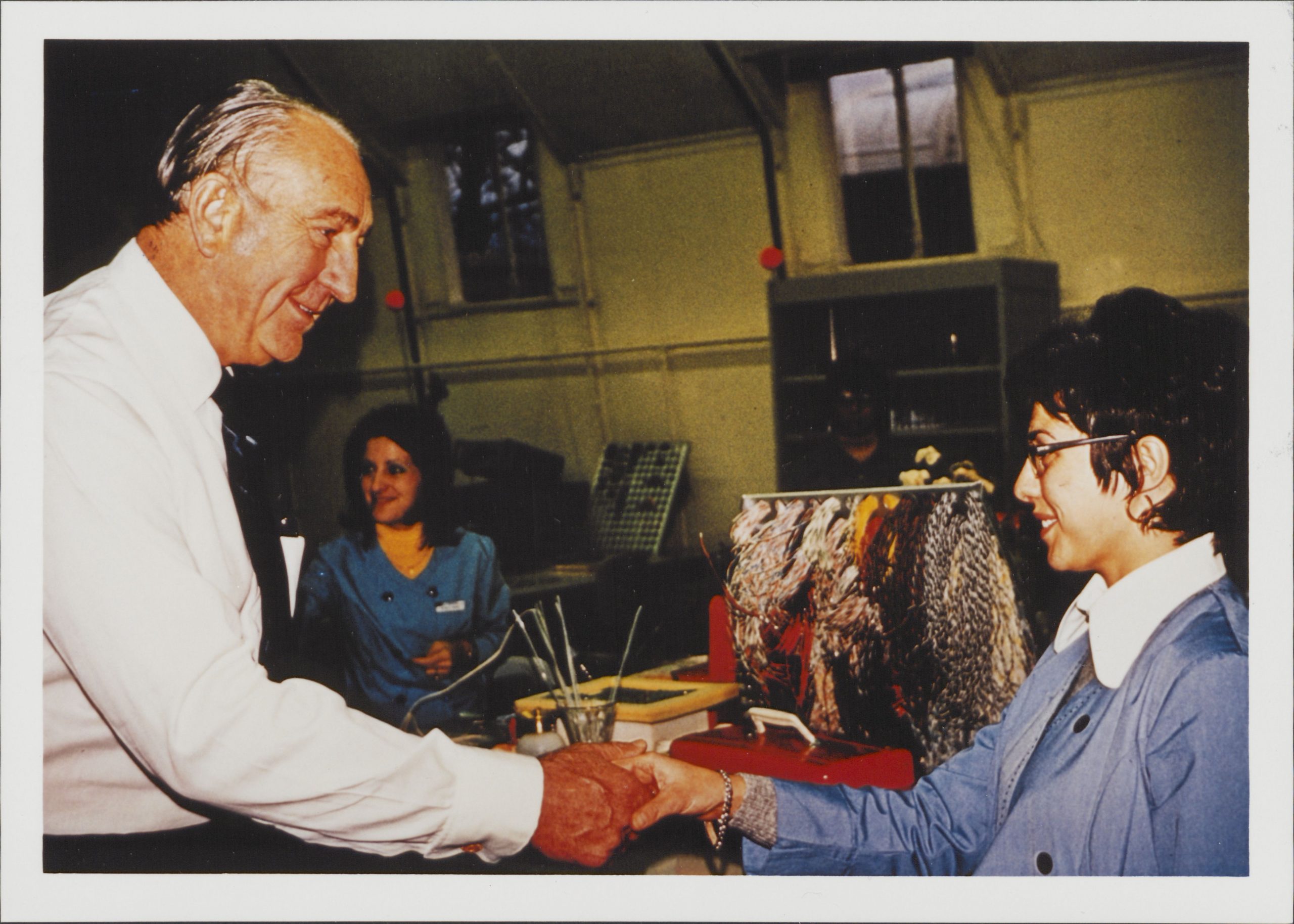 Greeting Employees: A Dialogue with Dave 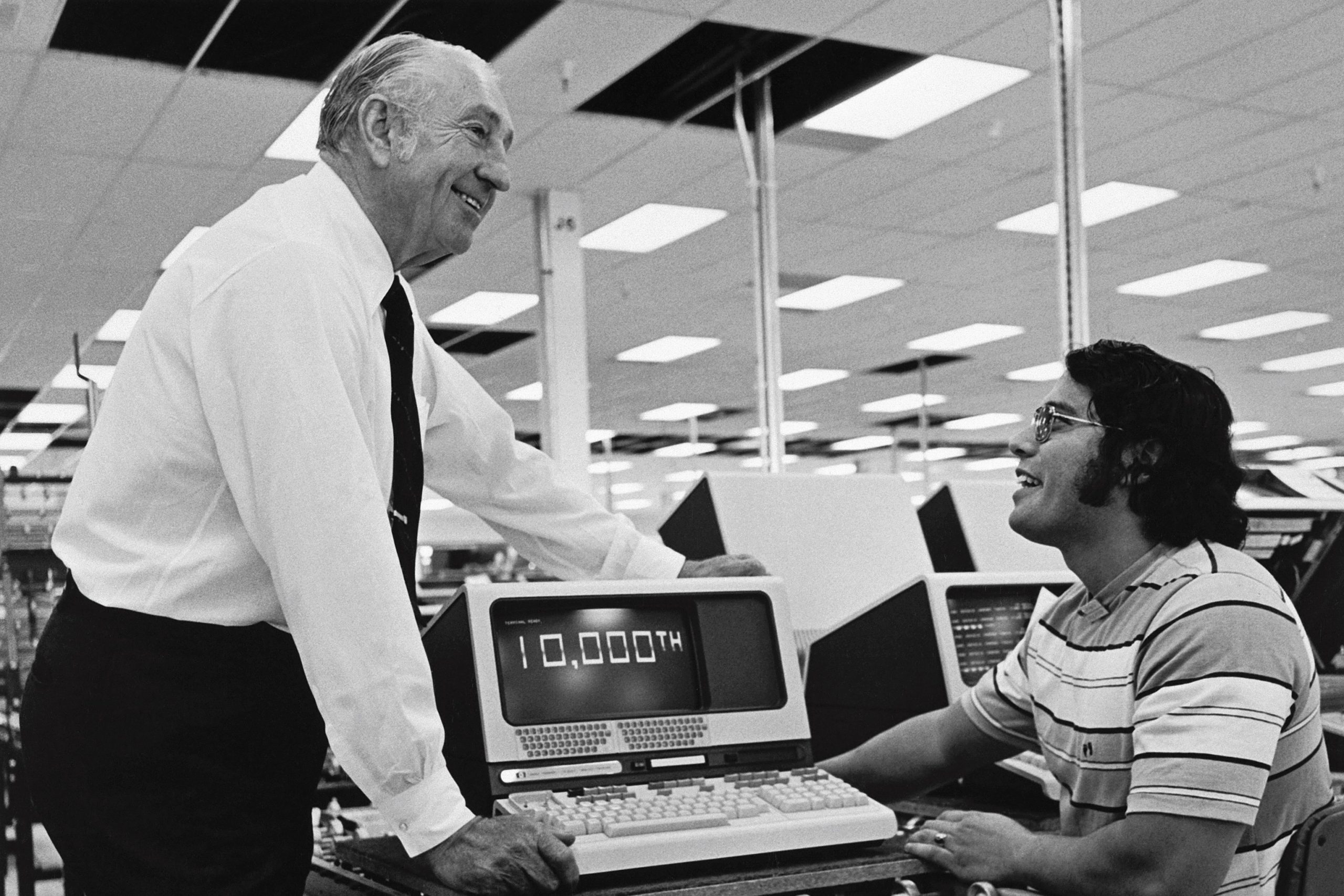