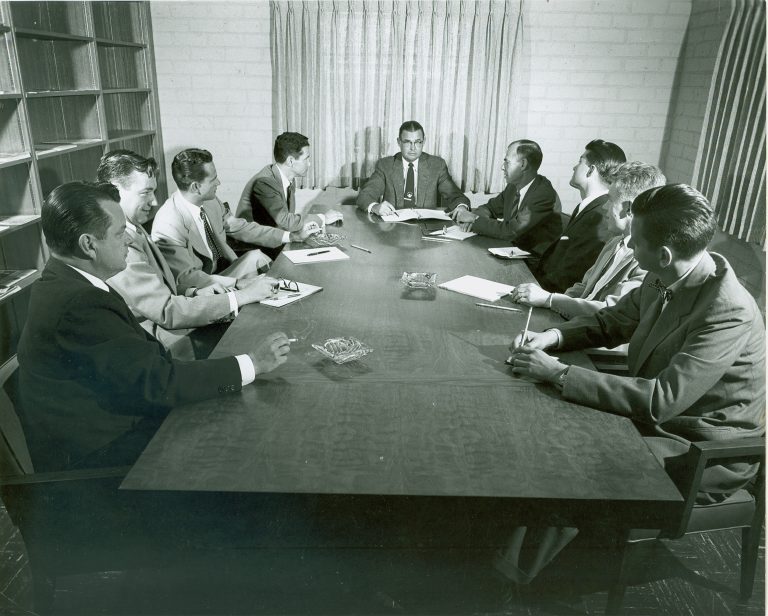 Norm Neely (seated at the head of the conference table) created Hewlett-Packard’s first sales operation and ran sales in the American West and Southwest from 1939–1972. At first, Neely Enterprises operated as an independent firm, but in 1962 it merged with Hewlett-Packard and became the company’s first sales division. It was Neely who suggested to Bill Hewlett and Dave Packard that they abandon their freelance contract work in 1939 to focus on designing and manufacturing original equipment. 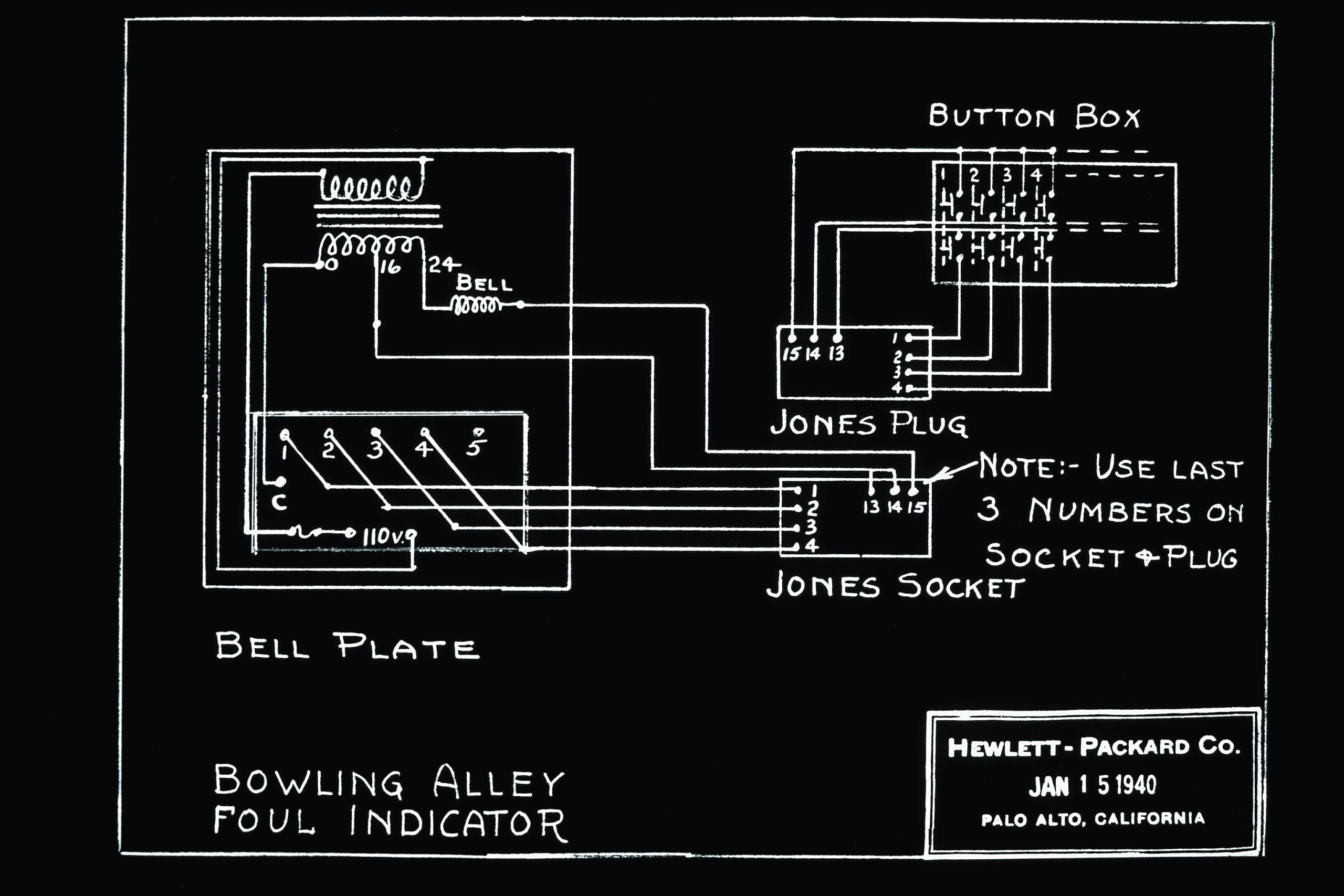 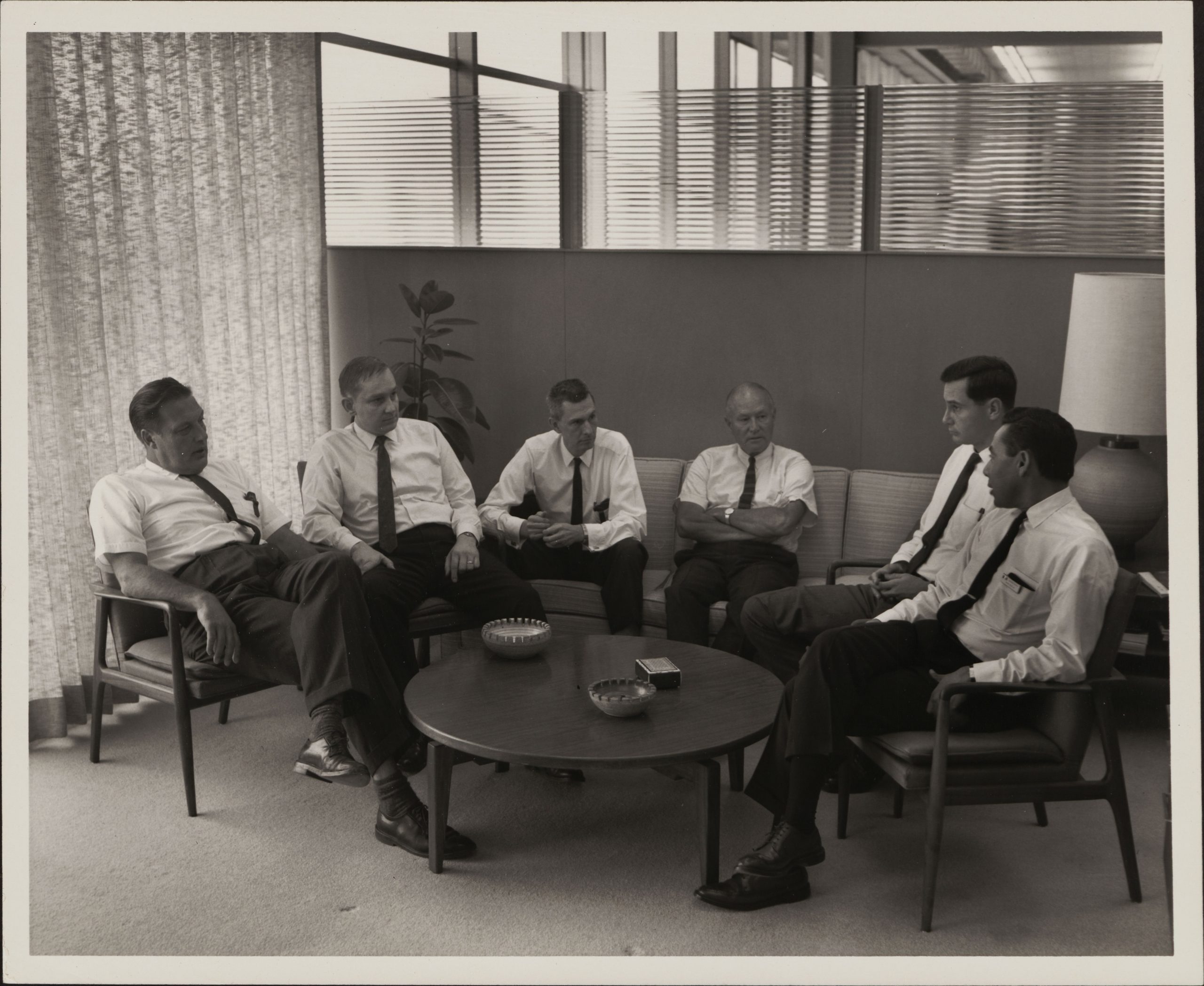 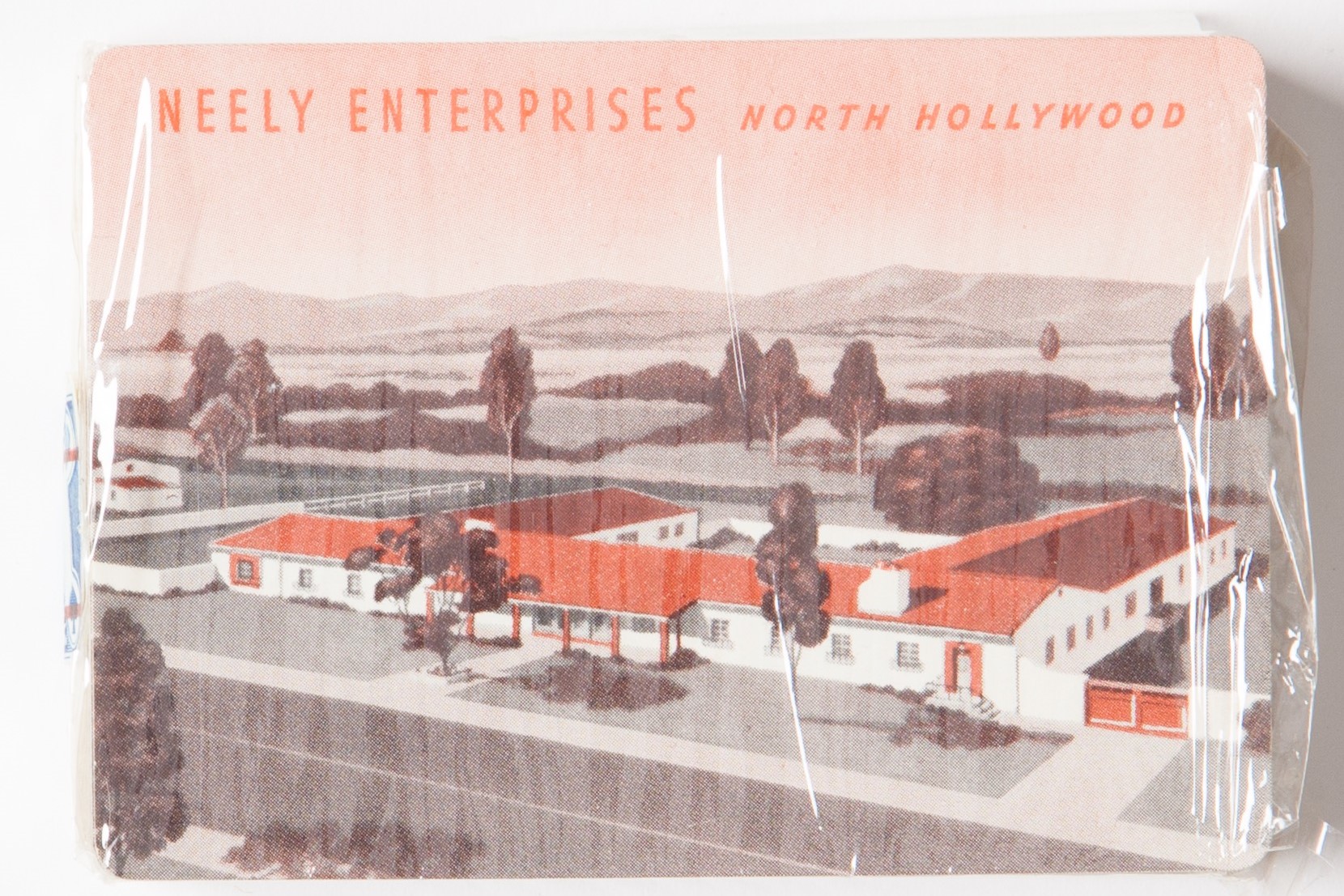