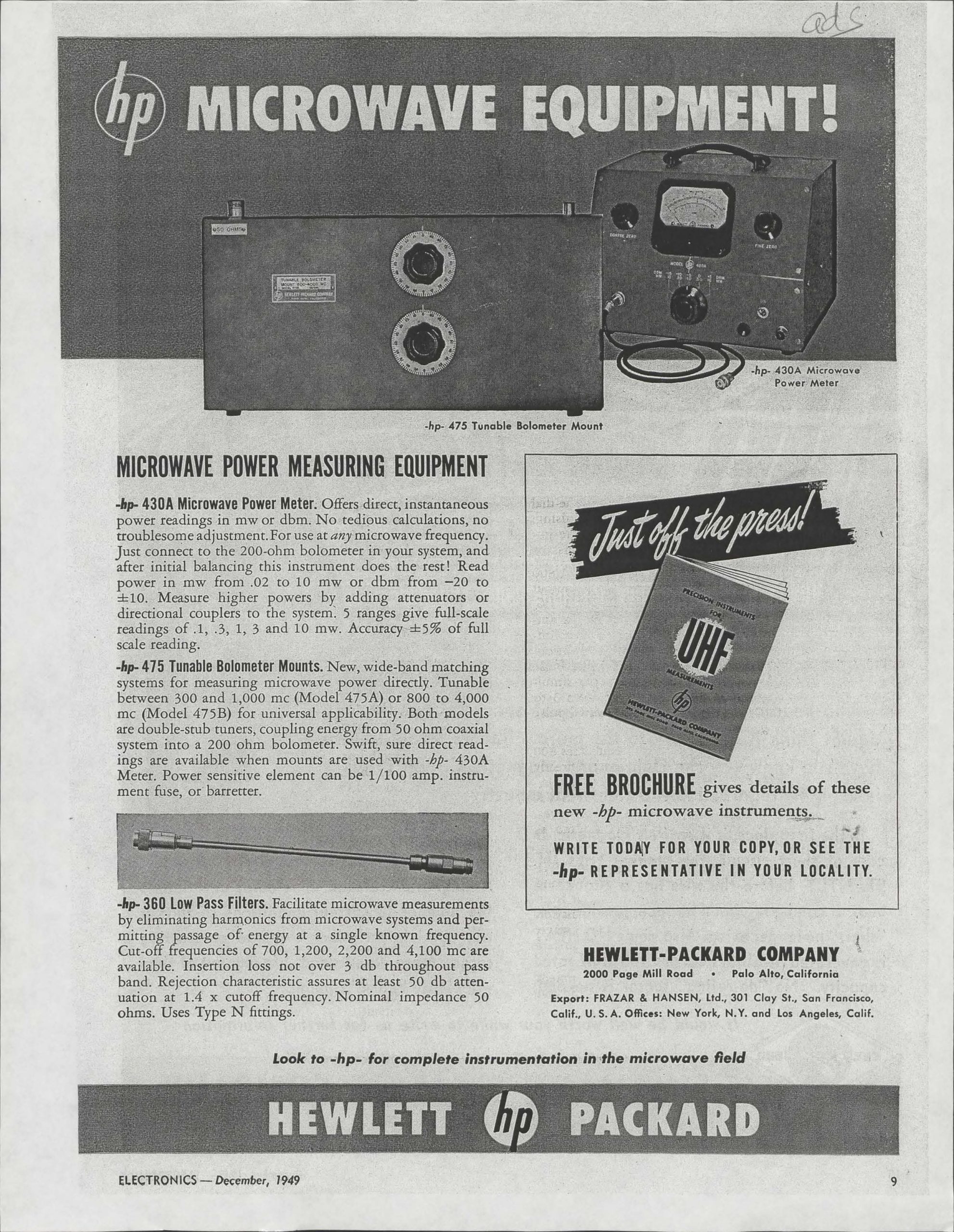 Hewlett-Packard first became involved with microwave technology during World War II. In the two decades after the war, the company would be the world’s leading producer of microwave signal generators. Advertisements such as these were not uncommon across the pages of Electronics magazine in the postwar period. 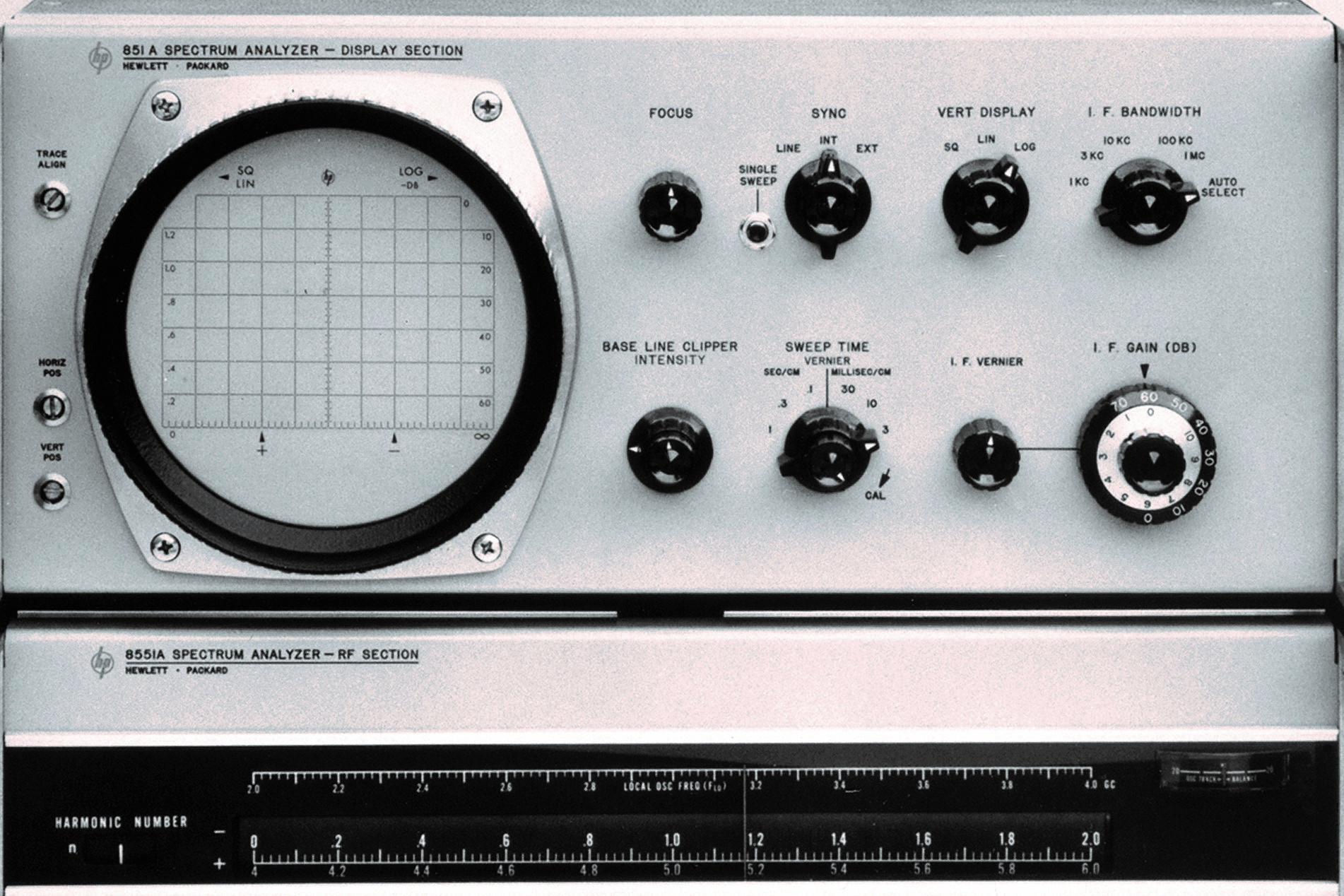 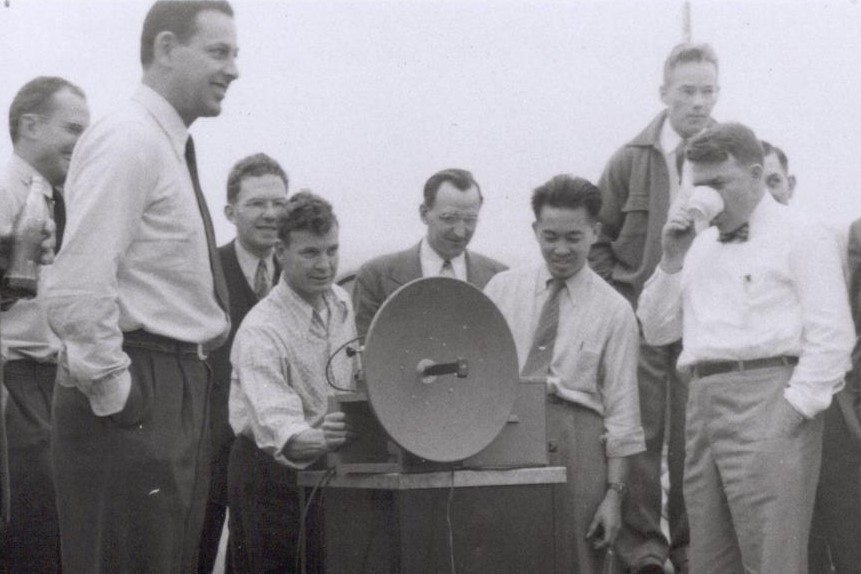