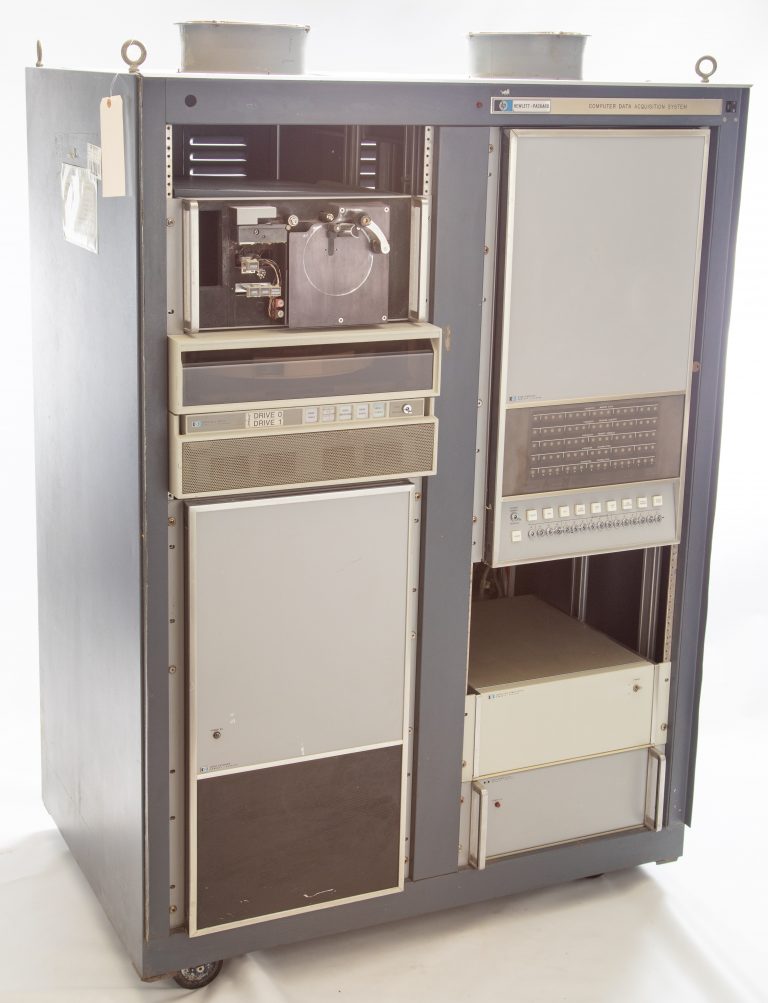 Hewlett-Packard’s first computer, the HP 2116, was introduced in 1966. It was developed as a controller, a logical step given the company’s focus on instruments and measurement devices, but it was so versatile and inexpensive that many customers bought one for use as a standalone computer. In an early version of “plug and play,” it interfaced with a wide number of standard laboratory devices, allowing customers to computerize their instrument systems. The 2116A was the largest single mechanical package Hewlett-Packard had built to date, and it marked the company’s first use of integrated circuits.

Watch an Inside the Vault video about the HP2116 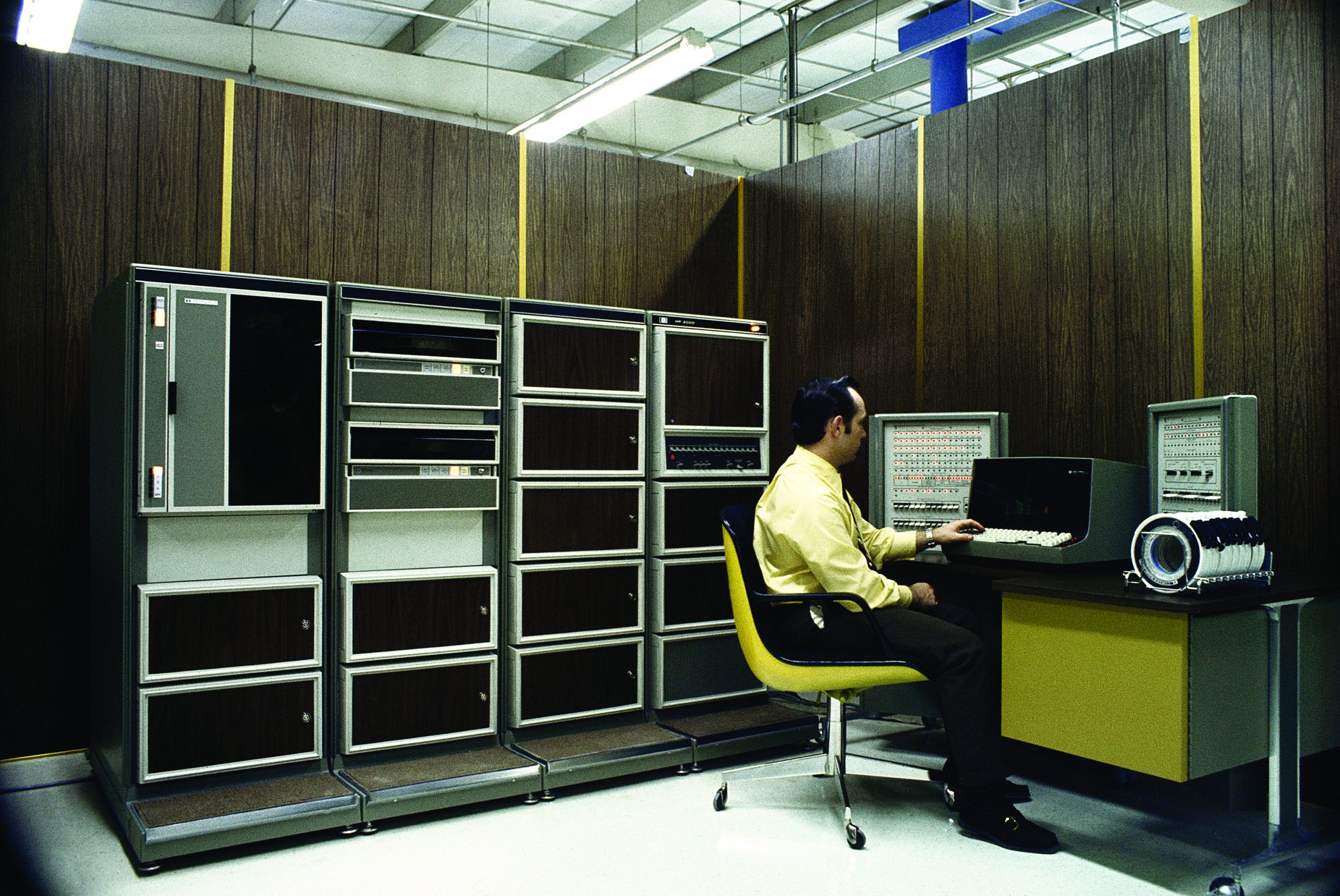 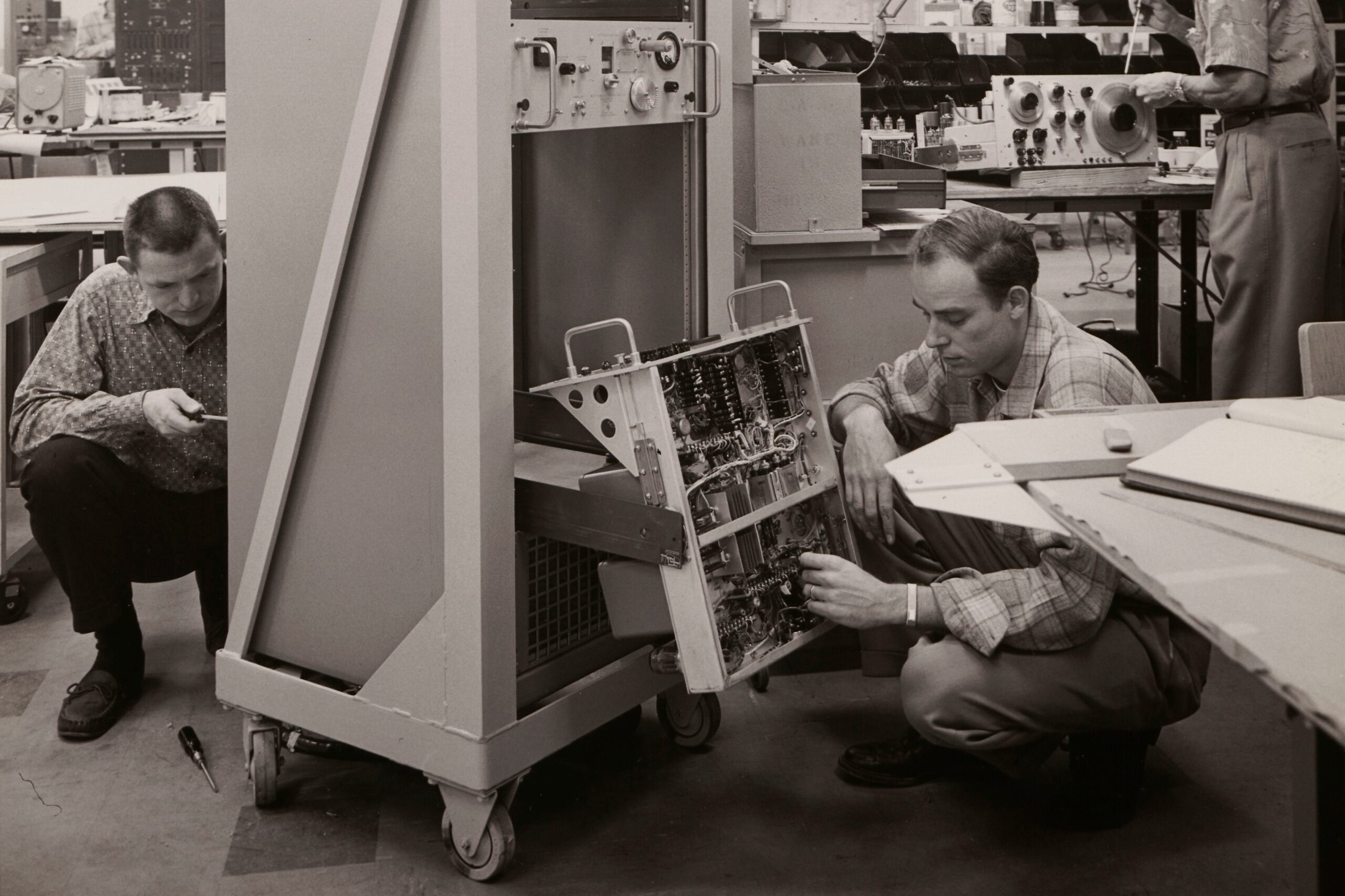 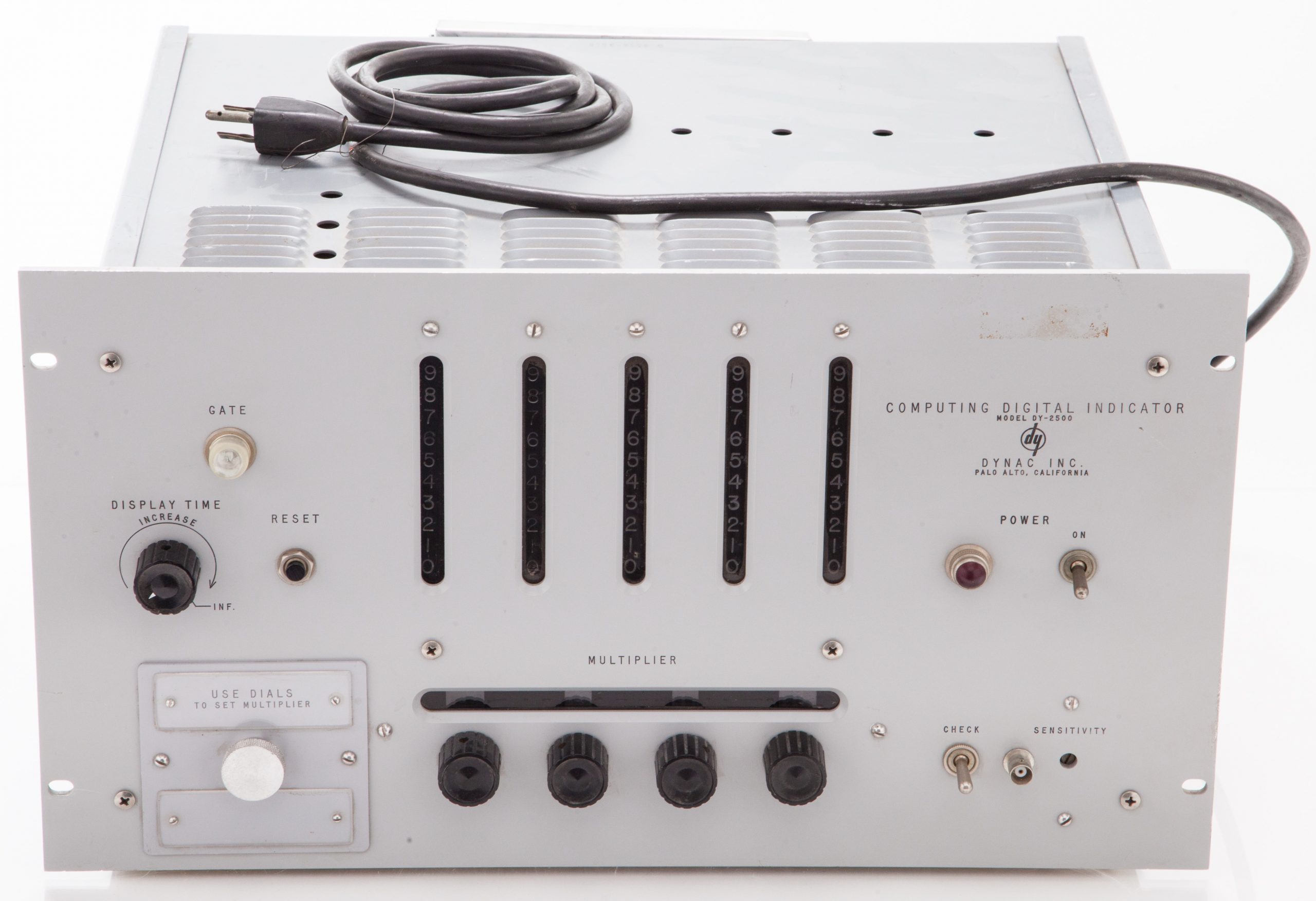 How Dynac/Dymec Led HP to Computers